​Public Participation: Message in the Sky: Joshua Tree
In 1974, the most powerful radio broadcast ever deliberately beamed into space was made from the Arecibo Radio Telescope in Puerto Rico as a way to demonstrate technological advancements. The binary message identified where we are in the solar system, who we are, what we look like, and some of the biochemicals of earthly life (1). In 1977, carried with NASA's Voyager 1 and 2 were two 12-inch gold-plated copper disks containing sounds and images selected to portray the diversity of life and culture on Earth. As a time capsule, the content of the disks reflected the stories of our world at the time.

Since the 1970s, technological advances have made unimaginable progress. How has this advancement transformed our stories? How has this advancement changed who we are? Message in the Sky is a public participatory art project that attempts to pool together the hopes and dreams of our time today. We now stand at a moment of potent possibility and critical transformation. Fundamental changes are needed to sustain our communities, and our values into the future. This long-term global project offers a vital platform where ideas for change can come together; dreams can stand side by side, and hope can be visible. This project allows the public to cast their hopes and dreams into the sky, both symbolically and literally. Through an animated web interface, either input as text-based messages or recorded spoken words, messages can be read/heard in the context of the real-time sky map. The vision of the project is to encode these messages and send from earth as continuous broadcast one day .
In 2014, Message in the Sky was launched in Dubai during the International Symposium for Electronic Art (ISEA 2014). In 2015, the project was brought to the desert community of Joshua Tree.

Working with storyteller Yi Ping the goal of the project was to weave a tapestry of the hopes and dreams of America’s frontier. The residents of Joshua Tree were invited to come and record voice messages. Each recording became a part of a collective story with its visual representation projected onto a giant screen superimposed with real-time deep space images brought in by the astronomers from the Joshua Tree Astronomy Theatre. All recorded messages were anonymously broadcasted at the end while everyone sat under the stars and listened. 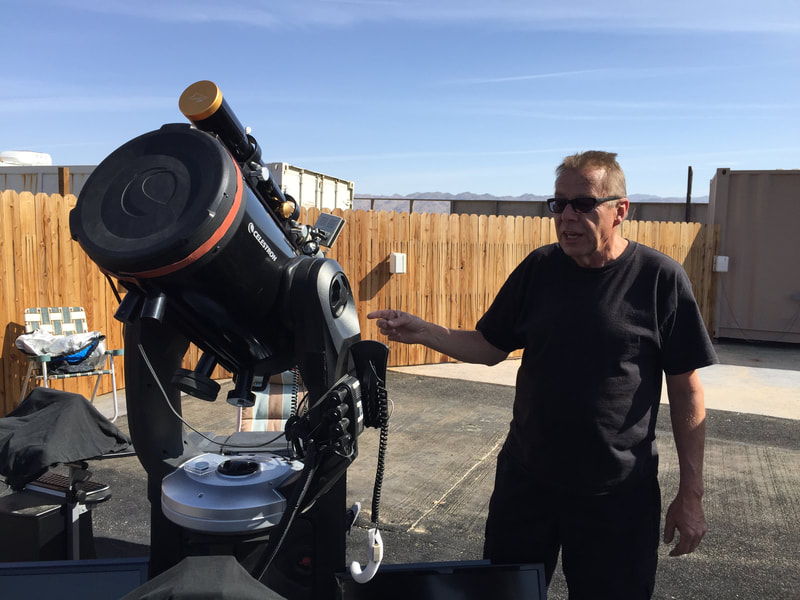 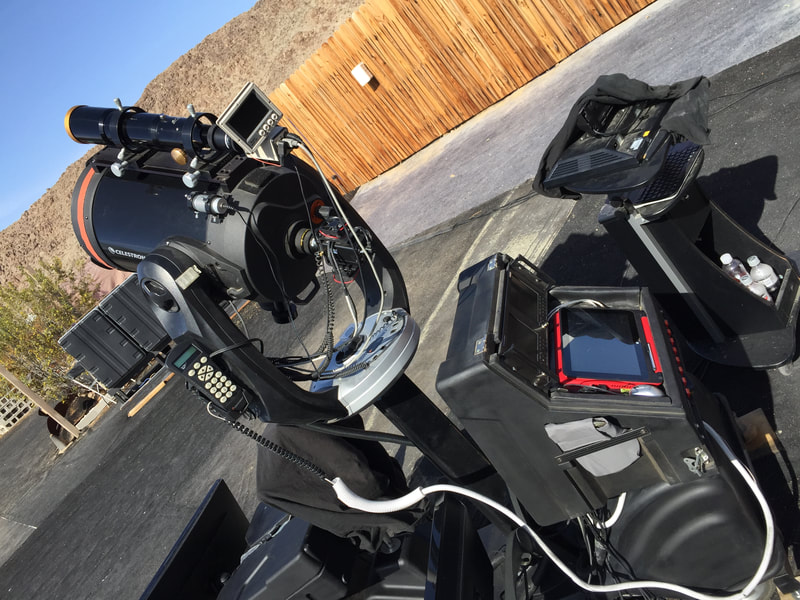 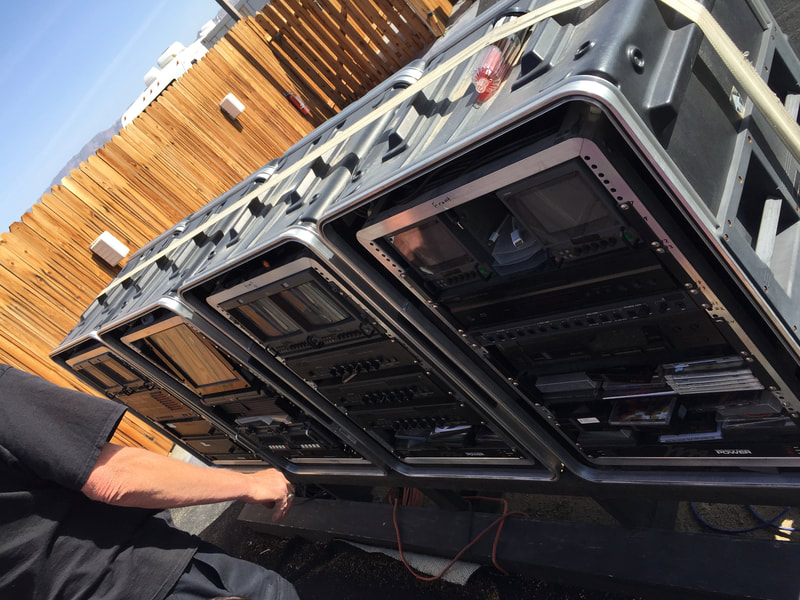 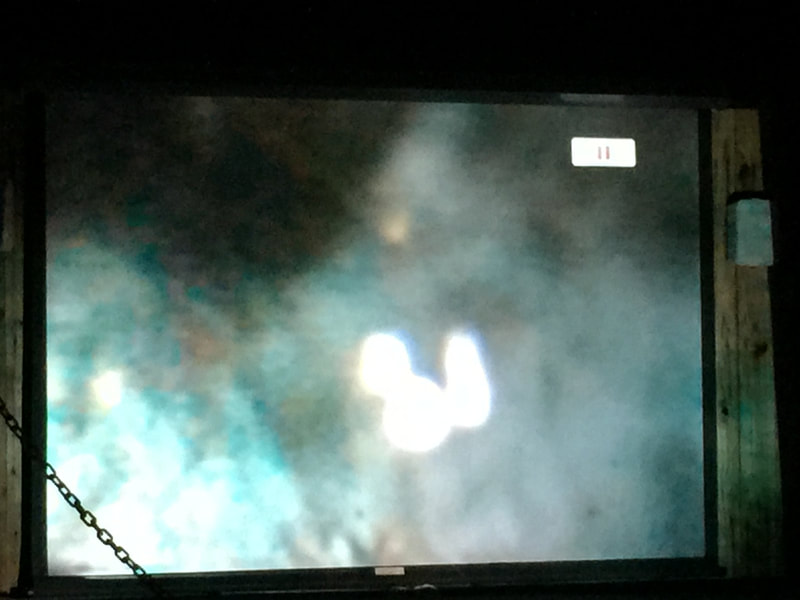 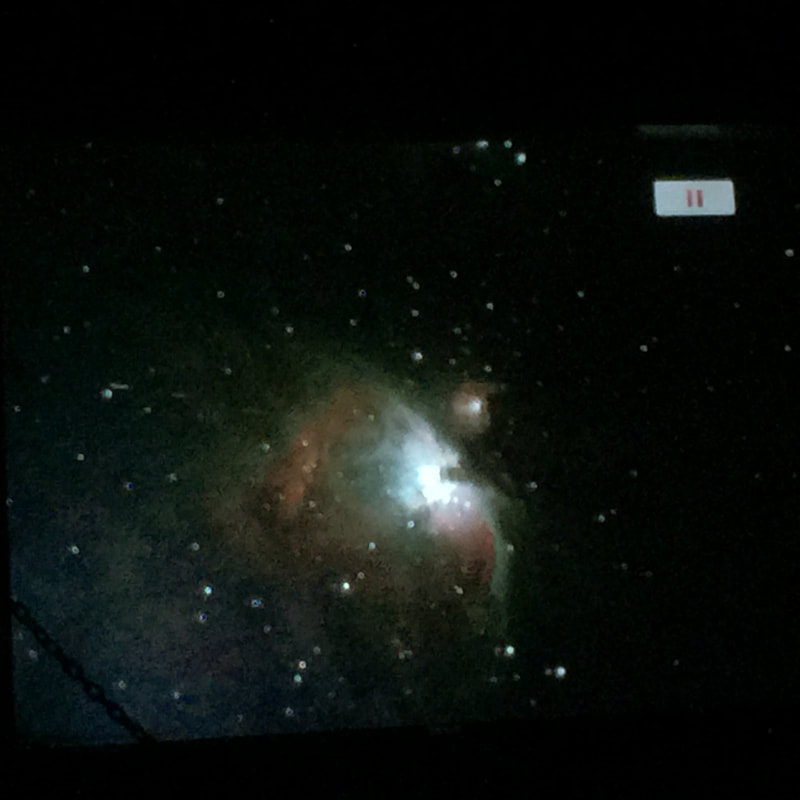 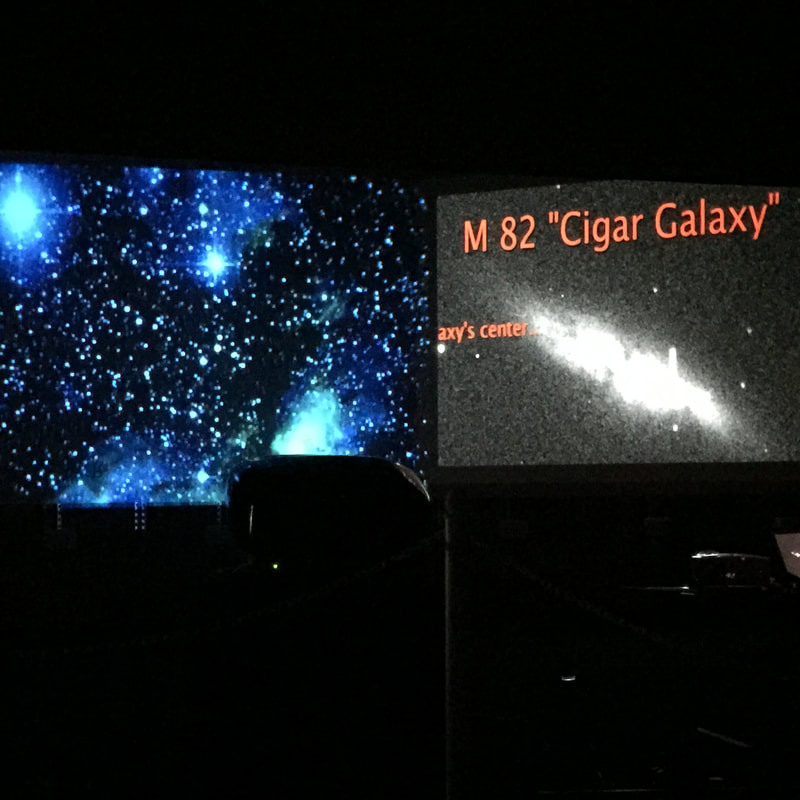 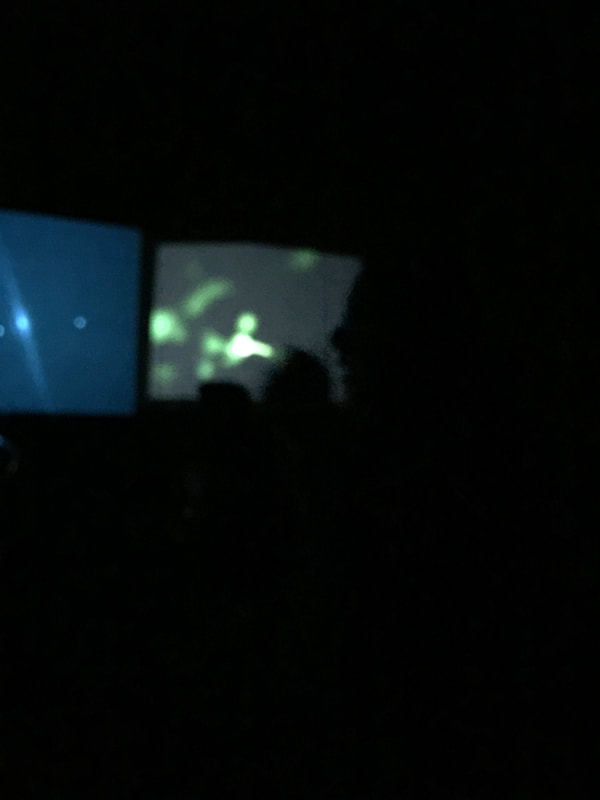 ​Nicknamed the "City of Gold" by Jim Krane, a longtime reporter for the Associated Press in the Persian Gulf region, Dubai is a city of lavish dreams. From ambitious architectural projects, such as the largest artificial islands in the world and underwater hotels, to the luxurious shopping malls, the city offers some of the best commodities money can buy. The near-manic atmosphere of development in the city that took place in the last two decades has placed the modern Dubai in sharp contrast with its distant past as a pearl village and area of backwater trade. Still, Islam stands as the official state religion. Men cloaked in kandura, and women in abaya and niqab dot today’s streets in Dubai. Fashioned by name brands, these forms of traditional grab are accessorized with handbags, shoes, and fragrances priced beyond popular imagination--the desire for personalization in this once uniform habitus invites a questioning of identity. In a city that embraces the East-meets-the-West, the push-and-pull negotiation between the modern and the traditional, what hopes and dreams do the people of Dubai hold for themselves, their families, their society, their city, and their world?  “Message in the Sky,” as a site-specific/crowd-responsive installation, illuminates the city’s modern-day 1,001 dreams. 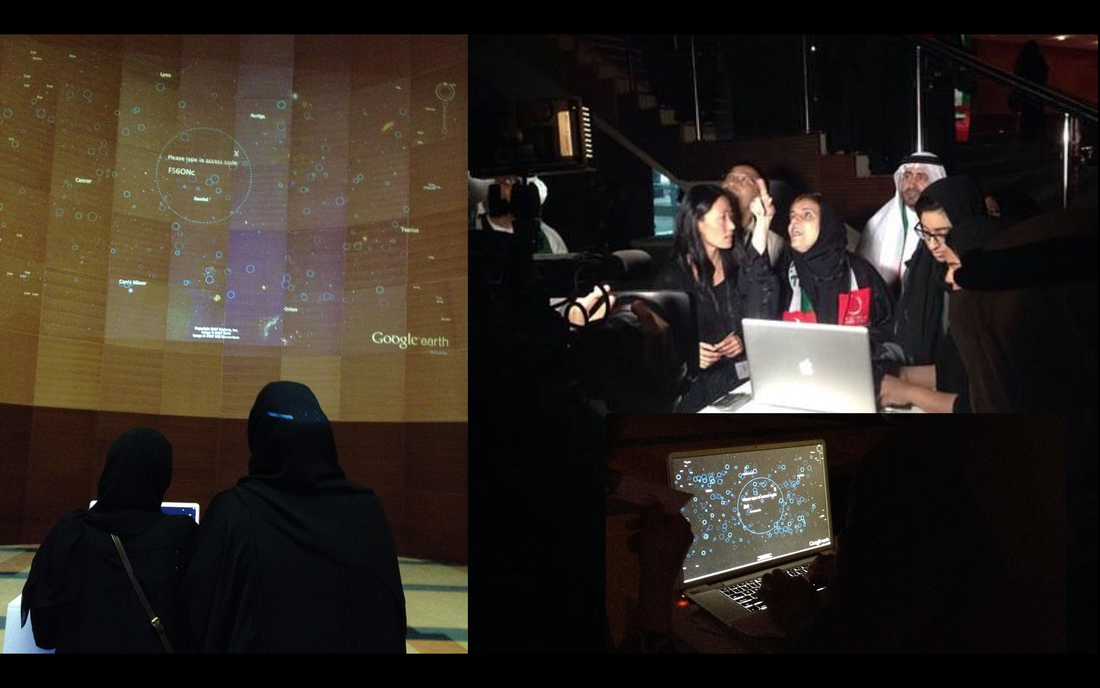